ANGLICARE Southern Queensland has signed a five-year lease with options at an annual rate of $95,000 plus outgoings plus GST at Suite 1-3/6-8 Waterfall Road in Nambour.

The stand-alone premises were a purpose-built facility of 844sq m* with 26 secure basement car parks with storage bicycle racks, at grade car parks, and an ambulance bay. 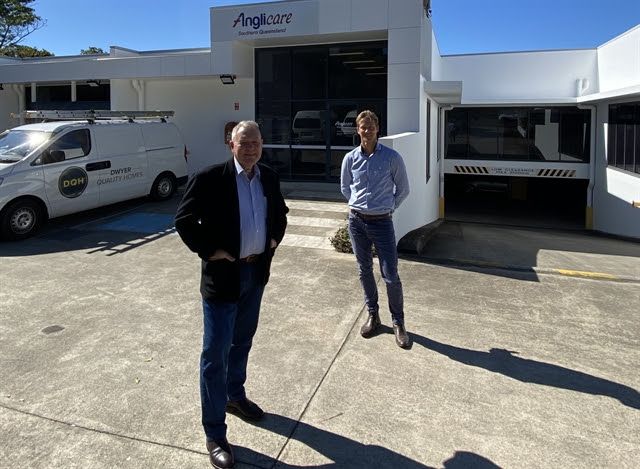 The agents were tasked with the leasing of the premises for the owner of the two tenancies where they recently leased 400sq m* to Anglicare Southern Queensland.

“The building was built for Queensland Health and was home to several specialised health uses attached to the Nambour Hospital for many years, prior to them being relocated to the new Sunshine Coast University Hospital,” Mr Smith said.

“Anglicare (The corporation of the Synod of the Diocese of Brisbane) has been operating in Queensland for 150 years after starting from humble beginnings under the Female and Infants Refuge in Ann Street, Brisbane.”

“There is now an opportunity for a medical, healthcare similar or like-minded business to lease the remaining 344sq m*, it’s a great opportunity,” Mr Pamenter said.

“Being so close to the hospital with ample on-site and secure basement car parking in a modern facility would be an attractive opportunity for a business looking for 344sq m* at a very attractive rent.”